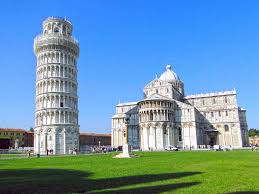 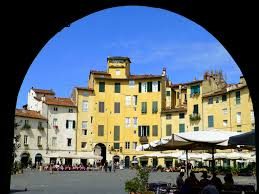 Pisa, a museum under the open sky.

Pisa, whose name seems to have originated from the Etruscan word ‘mouth’, praises an ancient history on which the visitor can walk, getting lost in the urban structure, characterized by majestic historical squares, amazing monuments and different style buildings.

The city, with its prestigious buildings in Gothic and Renaissance style overlooking the river bank (Lungarno),with its alleyways, guarded by medieval ‘tower houses’, hidden gardens and majestic facades of Romanesque and Gothic churches, and its squares with unique monuments for beauty and magnetism, offers an exhilarating experience.

Meeting with the guide to visit the most famous Square in the city: Piazza dei Miracoli. Here you will find not just the Leaning Tower which was built as a bell tower but also the Baptistery, the Cathedral and the Cemetery.

Tour of the Cathedral and the Baptistery (additional charge).

After seeing the Square we keep on exploring other suggestive places of the city: Piazza dei Cavalieri with the majestic Palazzo della Carovana, once the seat of the Knights of St. Stephen is now home to “La Normale” a very prestigious university. The tour continues passing through Borgo Stretto until we reach Pisa Lungarno .

Its name derives from the Celtic-Ligurian word Luk, meaning “marshy terrain” but also “light” and it would have indicated a grass field in the woods. Recent archaeological discoveries instead suggest an Etruscan origin of the city.

However, the Romans are the ones who left the most evident traces of its illustrious past with the foundation of the walled city and the orthogonal layout of the streets, where you can still recognize the Cardo Maximus  via Fillungo, via Santa Croce, the Forum, the Amphitheatre, built in the second half of the first century AD , which today, for the unique elliptical shape, is one of the most important and picturesque squares of the city.

While walking through the alleys, we will make a stop to taste the traditional local dessert, “il Buccellato”.

Historical circumstances have made Lucca a splendid fortress, which preserves a real artistic and architectural heritage within its walls.